In Maryland, only 7 counties currently have a financial education requirement. Some counties have standards embedded in other courses, including Math & History, but not as stand alone courses. Julius has joined a host of teachers who have formed an advocacy group, building out a plan to get more teachers involved in counties that don’t have it.

In his life before teaching, Julius worked in the business world. Later, under the tutelage of DeMatha Catholic High School’s Coach Wooten, Julius began coaching basketball. He later went on to teach a business course.

Julius was introduced to Beth Kobliner’s book “Get a Financial Life”. He stated it was at that point that he was clear, “this is what I want to teach!” He later got an offer from Mt St. Joseph’s.

At an economics conference he attended in Cool Water, Florida, he met Brian Page, also a teacher and state leader for Ohio Jumpstart Coalition. In talking to him, he recognized many similarities they had in their upbringing, further connecting him to the the cause of promoting financial literacy. Later, he met Tim Ranzetta of Next Gen Personal Finance whose resources he uses and highly reccommends.

Julius uses Next Gen resources, of which he has used a lot over the past 5 years. The Federal Reserve Bank of St. Louis is another resource that Julius uses. He made note that he searches the internet often for resources that are better than the ones he may already have. He said he is “always looking to find new resources that provide “real-life” example of what’s going on in the finance world, like Wall Street Journal.” Visual Capitalist, another resource in Julius’ toolkit, puts out color graphs that he prints and laminates to help students learn about things such as investing and compound interest. He is also a part of a closed Facebook group called FinLit Fanatics comprised of approximately 2600 members where they share financial resources.

Julius uses the “hands-on” approach to learning. He likes to provide interactive learning activities for students to engage, and real-life situations to apply concepts, from stocks, learning to buy funds, to teaching about indexes. He believes in “giving the opportunity to the student to navigate on their own, the opportunity to make mistakes and learn lessons, and understanding consequences so they understand the impact to their finacial well-being.” Julius uses storytelling as his unique approach to learning. He considers himself a coach, using his own experiences as a model to teach the pitfallls and wins of financial management. 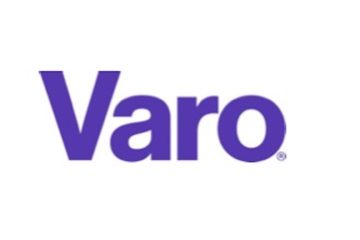