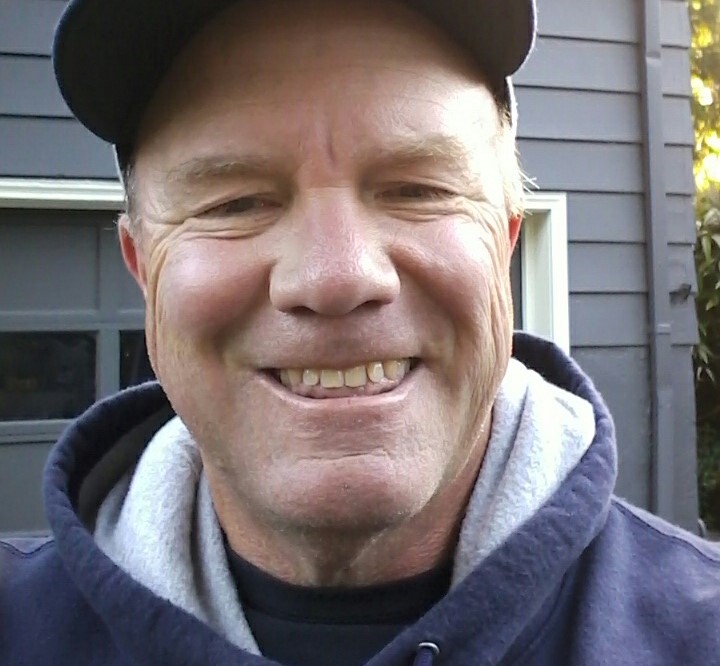 State Financial Education Requirement:  Oregon does not require a personal finance course. However, Eric shared that there are some personal finance or financial education standards embedded in the social studies curriculum.

Why Personal Finance:  For Eric, personal finance is a personal passion. He said he came from “the school of hard knocks,” and once the opportunity to teach the class came up, he advocated for himself to be the one leading.

At the time only one semester of personal finance was available – today, there are seven, which represents three-fourths of his time. The class grew because Eric said, “all the kids want to take it.” He teases that it’s his teaching style that helped the class grow, that current students tell others and his classes fill up. But, Eric also says, that the students feel connected to the material. They are looking for a real-world connection, and, unlike many of the classes they take, they see the relevance of lessons on W2s, car insurance and even renters insurance, which they understand they will need once they leave home.

Eric also shared that when he started teaching personal finance “a decade or better ago, the public wasn’t backing it now … (you see all these) passionate people. And, parents who say they wish they had the class in high school.”

He said personal finance teachers are “consumer advocates for young people, and we can hold our heads high – we are being a contributor to the greater good.”

Why Teaching:  While teaching currently is Eric’s second career, it was originally his first choice. His mother was a teacher as was his grandmother, who taught in a one-room school in South Dakota. So, in part teaching was in his blood, but Eric also said he wanted “something that was active; that helped people.” And where he didn’t have to wear a suit and tie.

As with many things, life happened and his original educational pursuits changed. When, in his mid-30s, Eric got a divorce, he went back to school for his masters – and as he said: “things just started falling into place.” He had one interview – before he even finished his masters – and 16 years later is still at the same school.

Resources:  This year’s National Educator Conference in Washington, D.C., was Eric’s third, and he hopes to make it an annual event – he said the networking and resources help him in his classes. However, like many teachers, he pulls resources from numerous areas.

When he first started, Eric said, he was leery of using some of the available resources, but today they are so reliable and abundant. He uses, among other resources the Jump$tart Clearinghouse to help filter some of the choices. And one of the things he likes about all of the choices is that he doesn’t have to reinvent the wheel.

He also added that “it’s refreshing to see the public backing the importance of educating our young people on how money works in America.”

Those words from Einstein, hang on Eric’s classroom wall and greet his students each day. It’s perfectly fitting because, for Eric, the foundation of his lessons build upon compound interest.

He stresses to his students that “if other people have their name on your money it’s gone. Our biggest wealth-building tool is our income.” And by not paying compound interest to others – in the form of debt “you can hold onto your money and invest and earn compound interest.” To do this, Eric focuses on retirement accounts.

He wants his students to create a tax umbrella first and then to understand how the stock market works as well as learn to appreciate their own risk tolerance. While the markets fluctuate and can take a negative turn, Eric shares that after every negative event (except Pearl Harbor) the market returns in one year. And even after 9/11, the market, which immediately crashed, returned to September 10 levels in 59 days. “It’s not a straight line, but ultimately it goes in the right direction,” Eric said. And that “right direction” helps him and his students compound their savings.

On the students’ first day, Eric writes on the chalkboard:

He writes this to illustrate that you can put those things down for a day, for a week, a month or even longer, but personal finance is every day. Below that statement he writes:

To drive the point home, Eric opened a 403(b) that he shares with his class. (It’s a second account he calls his Glencoe 403(b) that doesn’t divulge too much personal information.) In sharing the account information with his students, he wants them to know that when they are his age “they can be rich; it’s nothing more than mathematics,” he said.

Of course, it also means that a student has to say no to things. But by showing the students the ‘end’ result it helps them understand the impact of their choices. Eric said he “wants kids to know they have choices – even if the choices are difficult.” He wants them to know they can be successful. He also wants his students to stay debt free and be very aware of the dangers of debt.

With so many students – and each one’s personality – Eric varies the tools he uses in class. Often, it also can depend on what the students want to learn. In some classes he uses videos, in others PowerPoints, others games – it all depends on where the class goes. Eric says he benefits from designing his own curriculum so that he can adjust to the students’ needs.

However, in all the classes he uses stories from his life. He shares what has and hasn’t worked for him. As Eric said, he “teaches with stories because (he’s) been on the planet a number of years.”

While it was a number of years ago during his divorce, Eric said he was one of the 7 in 10 Americans living paycheck to paycheck. He shares that debt held him back at one point.  However, for the last 20 years, he has been debt free – a personal platform of his that people should be consumer debt free.

Eric believes, however, that even if you find yourself in debt, it’s not permanent. He’s teaching his students to avoid debt, but he’s also teaching them that it’s something you can “climb out of; it’s not something that you’re going to be in forever.” He truly wants people to earn compound interest rather than pay it.